World-famous Boca Raton is a coastal city located in Palm Beach County, and is one of the largest and fastest-growing cities in South Florida. This vibrant and culturally-rich community offers a diverse range of properties, attractions, and fine-living opportunities.

Boca Raton is known for its high standard of living and affluence: its median household income is among the highest in the area, and the city has a large concentration of luxury resorts, communities, and condos. In fact, according to Forbes, it hosts three of the ten most expensive gated communities in the country: the Royal Palm Yacht and Country Club at number one, The Sanctuary at sixth place, and Le Lac takes the eighth spot. The famous Boca Raton Resort, built in the 1920s, remains one of the most highly-rated hotels and clubs in South Florida.

Boca Raton has a large and diverse number of residential high-rises and neighborhoods to choose from. Many buildings in the area have distinct Mediterranean and Spanish architectural themes, while strict zoning codes have minimized the presence of billboards, commercial establishments, and building signs. Thus, the city has preserved its historic tropical charm while nonetheless hosting a dynamic and thriving business district downtown.

The city is also well-known for its diverse cultural offerings: in addition to its pristine beaches and rich green spaces, the city hosts a number of museums, gardens, golf clubs, and even the longest-running professional theatre. 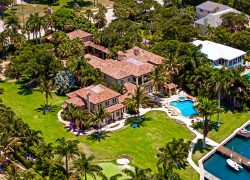 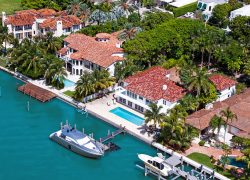